25 years of experience have led us to transform many departments into a single dynamic centre with R&D support, modern production lines and warehousing possibilities. 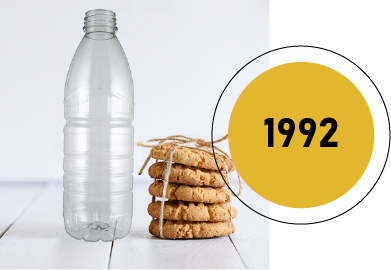 GTX Hanex Plastic Sp. z o.o. was founded in Poznan in 1992. It began its business by producing 1.5 litre plastic bottles. Production at that time was a two-stage system, i.e. bottles were inflated from preforms bought earlier. 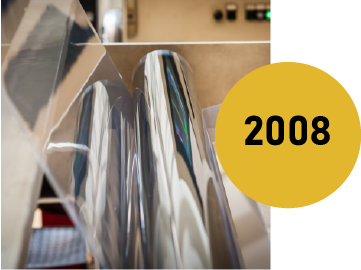 In 2008, Hanex signed a contract with PARP (Polish Agency for Enterprise Development) and received a subsidy of around 14m złotys in the Innovative Economy category. It was also rewarded with an EN ISO 22000:205 certificate. A year later, the company invested in a another production line, its fourth, increasing the production of PET film. 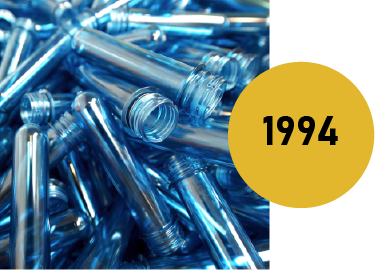 At the new facility in Sokółka, the previously used technology was replaced by bottle production lines operating in a single-stage system, i.e. directly from granulate. Within two years, Hanex had begun producing preforms, i.e. semi-finished products for making bottles. 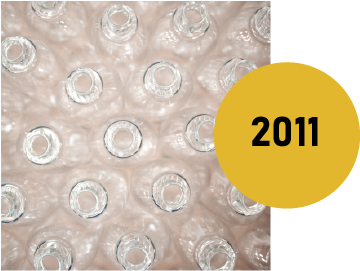 In 2011, Hanex was awarded a BRC/IOP Global Standard Certificate for Packaging and Packaging Materials. 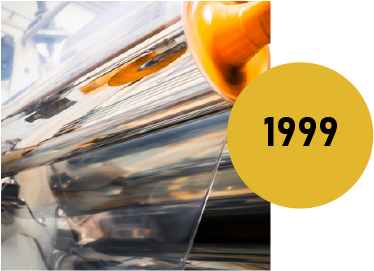 In 1999, the company expanded its business, commencing production of thermoforming polyester film. In a short time, it became the leader in this type of packaging on the Polish market. Its position was confirmed by numerous certificates, attestations and patents. 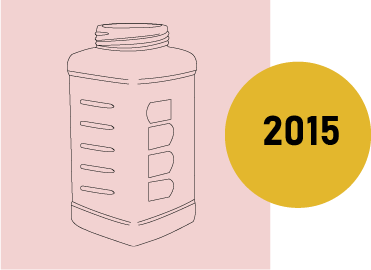 INTRODUCTION OF THE HMW PROGRAMME

In 2015 we introduced the Hanex Management Way (HMW), based on the best solutions for internal operations, which are continuously improved and optimised. The implementation of the HMW programme translates into an increase in employee commitment to complete tasks, using HMW tools such as PSG (Problem Solving Group), PDCA (Deming Plan), SMED, Kanban and Kaizen. 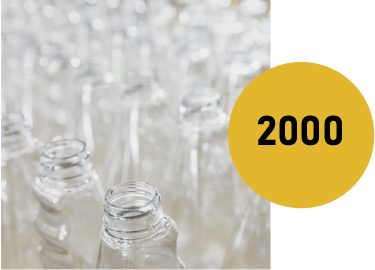 In 2000 the company began to operate on new markets, which led to its product range expanding. The designs of packaging produced by Hanex were protected. At the same time, PET (polyethylene terephthalate) became the only raw material used to produce the packaging. 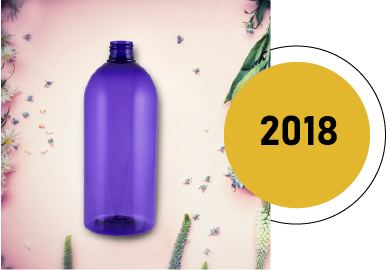 Today the company produces to orders by the largest companies in a variety of industries. It is the unchallenged leader on the artificial packaging market. Hanex currently has a monthly production capacity of almost 130 million items of various types of packaging and over 1,200 tonnes of PET film. 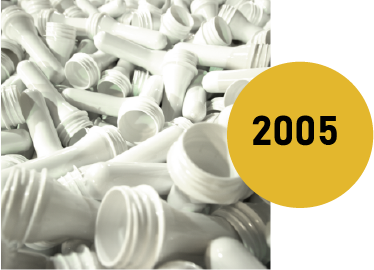 Starting in 2005, production was consolidated in a single plant – the main headquarters and production plants of Hanex were located in Dąbrowa Górnicza.

We are a leading manufacturer of thermoforming film, preforms and PET bottles on the market in Poland. We use the best technological solutions to maintain high quality, which is a standard for our products.

This website uses cookies to improve your experience while you navigate through the website. Out of these cookies, the cookies that are categorized as necessary are stored on your browser as they are essential for the working of basic functionalities of the website. We also use third-party cookies that help us analyze and understand how you use this website. These cookies will be stored in your browser only with your consent. You also have the option to opt-out of these cookies. But opting out of some of these cookies may have an effect on your browsing experience.
Necessary Always Enabled
Necessary cookies are absolutely essential for the website to function properly. This category only includes cookies that ensures basic functionalities and security features of the website. These cookies do not store any personal information.
Non-necessary
Any cookies that may not be particularly necessary for the website to function and is used specifically to collect user personal data via analytics, ads, other embedded contents are termed as non-necessary cookies. It is mandatory to procure user consent prior to running these cookies on your website.
SAVE & ACCEPT